Poison-ivy rashes can be itchy and annoying, but things get a lot worse if your poison-ivy rash becomes infected. Secondary bacterial infections of skin affected by poison ivy are not uncommon, so it's important to know how to recognize whether you've developed this issue and how to act if you do. Here's a look.

How do you know the difference between a standard poison-ivy rash and one that's become infected?

The rash caused by poison ivy looks like reddish, pinkish streaks or scratches with raised bumps. The skin around the streaks and bumps is not overly red. Though the rash is itchy, it should not be painful. A little clear oozing may occur during the first few days, but after that, the rash should dry out. If these symptoms are all you're experiencing, then you just have a standard case of poison ivy. Treat it with over-the-counter cortisone creams; a visit to the doctor is only necessary if the rash covers a large portion of your body or is present on a sensitive area like your genitals or face.

If you notice any of these symptoms, your poison-ivy rash may be infected with bacteria:

Poison-ivy rashes often get infected during the first few days of the rash when the skin is at its most vulnerable. Once the rash dries out and starts healing, the chance of infection goes down.

How is an infected poison-ivy rash treated?

If you think your poison-ivy rash is infected, call your doctor promptly. If it's after hours or the weekend, go to urgent care. You do not want to risk the infection spreading past your skin and into blood or other tissues.

Your doctor may take a swab of your rash to determine which type of bacteria is causing your rash. This will enable them to prescribe the best antibiotic for fighting that specific bacterial species. Staphylococcus aureus, a bacterium commonly found in small numbers even on healthy skin, often causes infections when the skin is damaged—as in with the poison-ivy infection. Sometimes skin infections are caused by Streptococcus species. Common antibiotics your doctor may prescribe include:

You should experience relief from your more serious symptoms within a couple days of starting the antibiotic. Then your body can really start healing the poison-ivy rash that started all this! Your doctor may prescribe a steroid cream for you to apply to the rash to speed up this healing process and also keep discomfort at bay.

How can you prevent a poison-ivy rash from becoming infected?

If your rash does not appear to be infected, it's important to keep it that way. Make sure you:

A infected poison-ivy rash is even more bothersome than the typical poison-ivy rash. It can also be dangerous. If you have even a slight suspicion that your rash is infected, seek medical treatment for your skin infection now before it has a chance to spread. 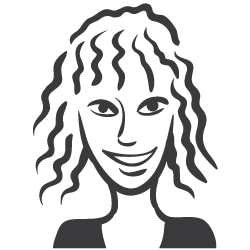